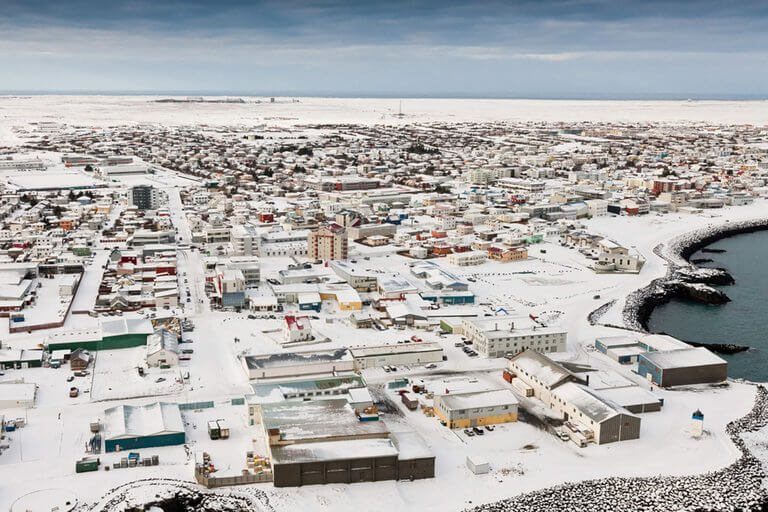 The Economic Impact of the Resource Park

Over two decades ago there was ample employment on the Southern Peninsula, mainly due to the presence of a US Army base, and large fishing companies which operated in Keflavík, Grindavík, Njarðvík and Sandgerði. At its peak, around 6,000 people lived on the US Army base, soldiers and their families. Since 2006, the Southern Peninsula has experienced two severe downturns with dire economic consequences and with rate of unemployment around the highest levels since the end of WW2.

Image 1: Unemployment in the Southern Peninsula However, a turnaround seems to be taking place with the emergence of new industries, most of which are directly or indirectly linked to geothermal activity. The Resource Park is a good example of this development. The Park contains a cluster of companies basing its operations on the collective use of geothermal energy from HS Orka. The cluster forms an economic unit which is stronger, more efficient and more flexible than the simple sum of the relevant companies. The efficiency is i.a. reflected in collective experience and knowledge in the field of harnessing geothermal energy, for the benefit of all of the companies.

Image 4: Total income of the resource parkThere are five main reasons for the volume of growth within the Resource Park. First and foremost, the geothermal resources. Secondly, favorable macro-economic conditions and accumulative experience in harnessing geothermal heat, aluminum production, tourism and other industries.  Thirdly, the location of the Resource Park on the Southern Peninsula and its proximity to Iceland´s largest international airport. Many of the companies within the Resource Park operate personnel-intensive operations which benefit from the infrastructure and workforce on the Southern Peninsula. Fourthly, it can be assumed that the Resource Park benefits considerably from economies of scale and scope, as the proximity of the companies to each other has had a positive impact on their operations. Finally, the Park benefits from close proximity to the specialized services and workforce of the Reykjavik capital area.

In 2013, the Resource Park employed around 500 people and it is estimated that 600 further jobs derive from the operations. It can be assumed that without the Resource Park, unemployment on the Southern Peninsula would have been approximately 2% higher on average during the period 2008-2013.

Given the outlook in tourism, energy production and the fishing industry, it is likely that the companies within the Resource Park will continue to grow, as long as the economic development in Iceland will be similar to the development since 2011. It can therefore be estimated that the total income of the Resource Park in 2016 will amount to ISK 23 billion, including added value of ISK 11 billion, i.e. with added value increasing faster than income.

There are many indication that the operations of the Resource Park are changing in nature. The emphasis on research and development is increasing and tourism related services are also growing.

Image 5: The total income of Resource Park companies HS Orka, HS Veitur and the Blue Lagoon still form the backbone of the Resource Park, as approximately 85% of the Park’s income derives from these three companies. However, diversification in income is expected to increase in the coming years when other companies start to generate income as planned. A considerable in investment is planned for the next 2-5 years, amounting to ISK 20-25 billion. For example, the Blue Lagoon expects to invest ISK 6 billion in the next three years.